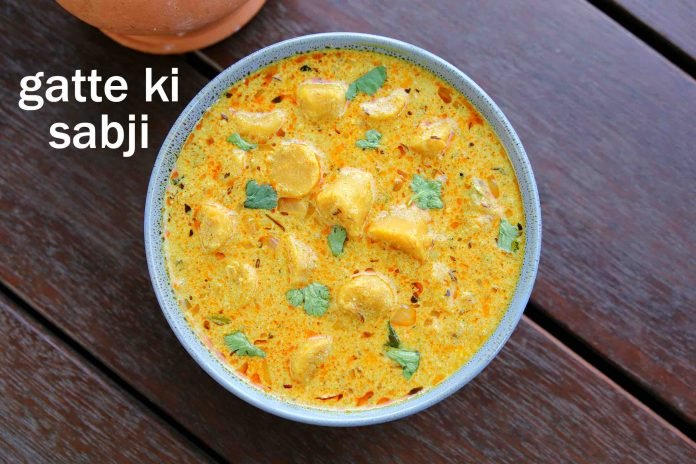 Besan or gram flour is a staple ingredient in many Indian households. It is used to make a variety of dishes from chillas to laddoos. Moreover, it is also used as an ingredient for skin care, especially for de-tanning. There is no end to the number of health benefits that you can gain from including besan as a part of your daily diet and skincare routine.

Have you heard of the famous Rajasthani dish – besan ke gatte ki sabji? It is a wholesome, flavorful, delicious dish that you can prepare in your own house with ease. There are several recipes you can refer to in order to prepare this dish, here is an authentic besan ke gatte recipe you can start off with!

Before we get into the details of this besan ke gatte recipe, let us take a look at the nutritional information for one cup of besan. According to a reputed calorie tracker, besan contributes to your daily fat and sodium requirements. You can find the full list of nutrition per hundred grams of besan in the table below.

The first step in this besan ke gatte recipe, is making the gatte. Follow the steps below to get the perfect gatte:

For stage two of the besan ke gatte recipe, you will prepare the curry that the gatte goes in! Unlike newer variations of this sabji that uses onions and tomatoes in the base, this recipe uses curd or yoghurt instead. Make sure to whisk the curd well before adding it to the sabji, or you risk it curdling, and getting spoiled.