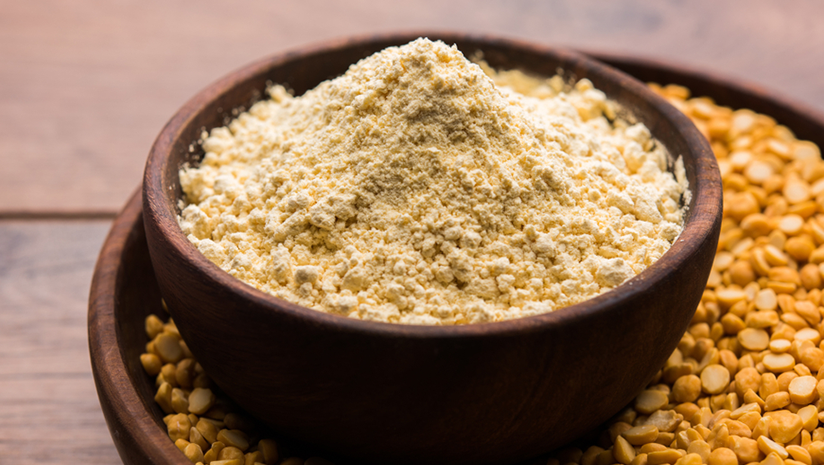 Besan, also known as gram flour, is made from a type of ground chickpea called the gram and is yellow in colour [1]. It has extensive culinary uses in countries like Sri Lanka, Nepal, and India, for making delicious recipes, including besan paratha, which is tasty flatbread.

Besan paratha is prepared by making a dough of besan flour by mixing besan, whole wheat flour, and several zesty spices. Since besan is gluten-free, it is usually mixed with wheat flour to prepare the dough. However, if you have a gluten allergy, then use mashed boiled potatoes instead of wheat flour.

Add spices along with chopped onions and green chillies into the dough. You can have besan paratha with tangy aloo tamatar sabzi, gobi aloo, or with any vegetable of your choice.

Here is a step-by-step guide on how to make the perfect paratha that you can have for breakfast or lunch.

There you have it, hot besan paratha ready to be served. Bon Appetit!