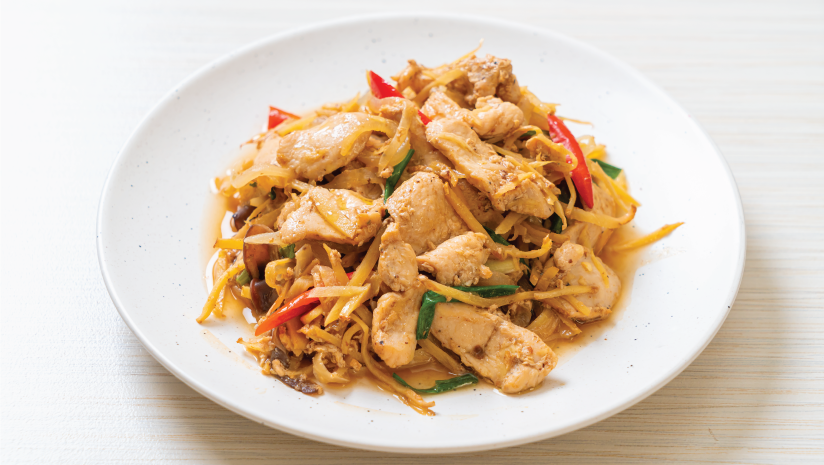 Ginger chicken curry, popularly known as Murgh Adraki, is a famous ginger chicken recipe. The dish finds its origins in the Punjab and Sindh regions, which is why it is a highly sought-after dish in North India and Pakistan.

This ginger chicken recipe is the perfect way to amp up your meals. The zingy and zestiness of ginger against the succulent pieces of chicken lend it the perfect flavour and textural complexity as enjoyed by Indian curries. This curry has a mild spiciness to it and possesses a strong aroma that titillates your senses. To elevate the flavours and make them richer and more rustic, you can prepare this dish in a handi.

So, without further ado, let’s get started with the ginger chicken recipe!

For the delicious ginger chicken recipe, you will need the following ingredients:

Here is a step-by-step preparation of ginger chicken recipe:

While the flavours in the above ginger chicken recipe are purely Indian, you can customize it to change its origin. Consider the following examples:

Cool Foods to Cool You Down and Reduce Body Heat

Organic Spices Better for Your Health: Here’s How!

How Daily Glass of Fenugreek Water Benefits Your Body?