Try this Jeera Pulao recipe for your afternoon meal 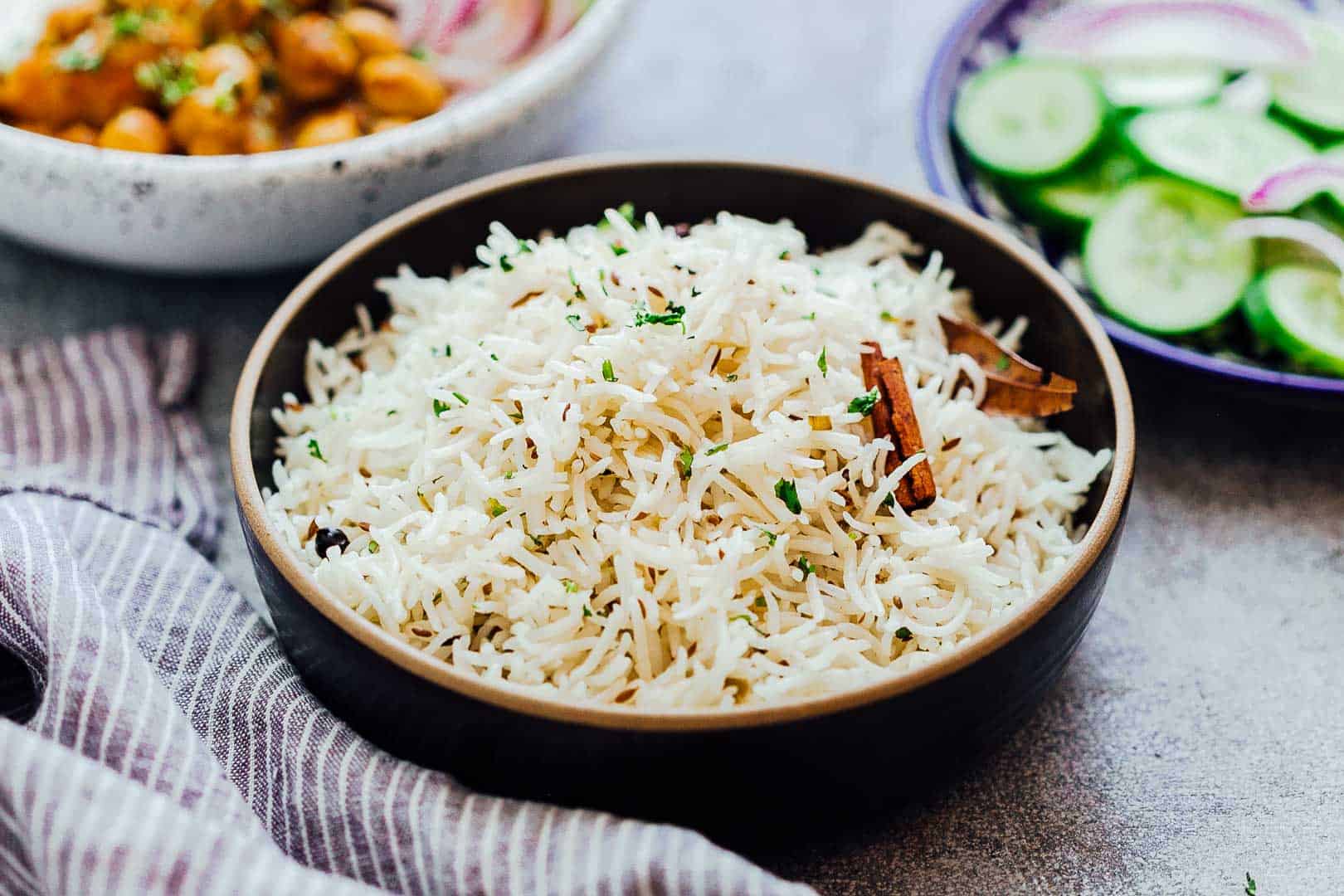 Running Out Of Ideas To Cook? Try This Jeera Pulao Recipe Today

The scrumptious, mouth-watering and delicious jeera pulao recipe is a rice-based dish that is dutifully made by most North Indian households (especially in Punjab). It also features in many restaurants all over India owing to its popularity.

Several sources claim that the jeera pulao recipe was first introduced to the Indian populace by the Mughal Empire. Also referred to as Jeera Rice or jeera rice pulao, what makes the dish so delectable and sought-after is its distinct flavour and aroma. The flaky, soft and fluffy Basmati Rice perfectly complements the earthy flavour of cumin (jeera) seeds.

There is also the fact that it is light on your stomach and can be matched with any kind of curry or gravy that suits you. Now let’s look at how you can whip up the ideal jeera pulao recipe in a matter of minutes.

Simple Jeera Pulao Recipe You Can Prepare for Your Lunch

The interesting thing about jeera pulao is the fact that it can be eaten just as it is. You could also go the tastier route and infuse your platter with more zest and relish with the finger-licking goodness of any gravy of your choice. Some great options being a simple dal fry, a palatable channa masala gravy, a delightful mughlai chicken korma or a creamy paneer butter masala gravy.

Here are the ingredients to get you started on your jeera pulao recipe:

Although these are the basic ingredients for the ideal jeera pulao recipe, people often add or substitute some of the ingredients based on their personal preferences.

Some of the other ingredients used in the preparation of jeera rice pulao are caraway seeds (2 teaspoons), black cardamom (1), cinnamon (1 inch), a few strands of saffron and peas. Here are a few details you need to keep in mind before you begin to cook the jeera rice.

As you might have noticed, a jeera pulao recipe doesn’t really require too many ingredients. And the same is true in terms of its preparation. You’ll have your steaming plate of jeera rice before you know it!

For ages, many have remarked upon the various benefits of jeera rice and the high amount of nutrients it consists of. These claims are made mainly due to the cumin seeds and coriander leaves that serve as major ingredients in a jeera pulao recipe. Enumerated below is the nutritional content in 4 servings of jeera pulao (with regards to the recipe listed above):

Jeera pulao has a rich history associated with it. Not only does it favour almost everyone’s palate, but it also consists of sufficient amount of nutrition- a must-try recipe for food lovers and rice enthusiasts alike.
Try 24 Mantra Organic’s Jeera/Fenugreek for trying this Jeera Pulao Recipe!