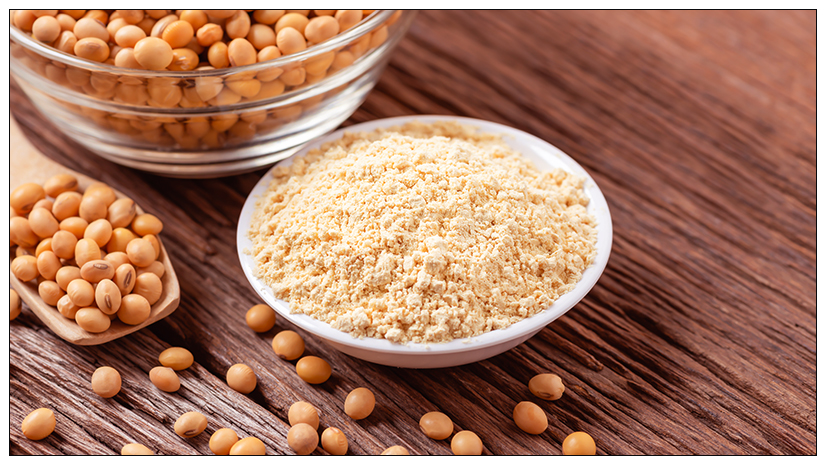 Soy is one of the protein-rich plants. It consists of amino acids that have a high nutritional value for the human body. Soy flour is used to make delicious dishes. It is the best way to put taste and great health on the same plate. Soy flour is a rich source of soy protein, soy isoflavones, magnesium, phosphorus, potassium, copper and dietary fiber. It also contains all the beneficial soy oil that boosts our stamina and gives us greater muscular strength and much more. Soy four is the best option for low carb baking. Below are the nutrition facts about soy flour and some of the health advantages that one can derive by consuming it.

A cup of soy flour consists of:

Some of the health benefits of soy flour are as follows:

Also, soy flour is gluten-free; which makes it an excellent substitute for individuals who are sensitive to gluten. But there are few disadvantages as well in consuming soy protein. Studies have shown that it can affect a person’s thyroid functioning. The isoflavones present in the soya protein intervene in the functioning of the thyroid gland by obstructing the gland in producing hormones. Also, soya protein consists of phytoestrogen which disrupts the level of natural hormones in the body.