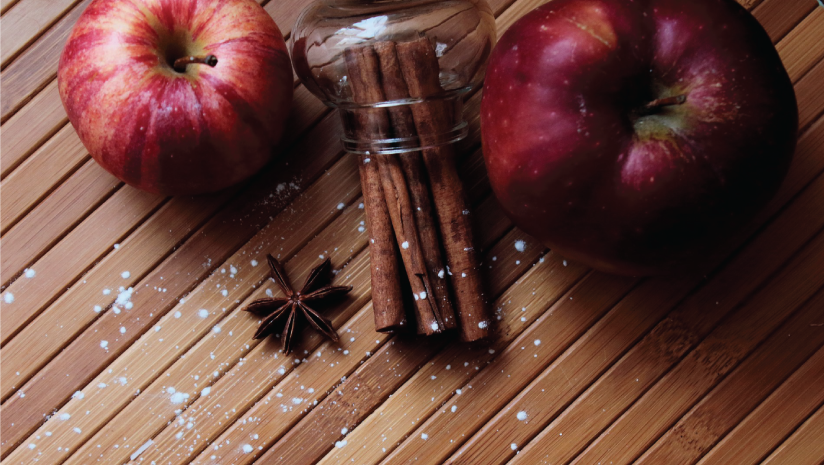 The Only Apple Cinnamon Cake Recipe You Need!

The use of cinnamon in culinary treats is not new and has been around for many decades now. The ancient dynasties used cinnamon in their food just as much as a conventional household does today. Did you know that cinnamon could be used to make a scrunchy and delicious apple cinnamon cake?

You are in for a surprise if you are eager to cook one of these and relish the zesty flavours of this cake. The end result of this apple cinnamon cake recipe is a tender delight, drenched with the sweetness of flavours. At first, it may be a bit complicated for you to discern the combination of apples and cinnamon for this cake. However, this fresh and fruity delight will leave you surprised when you are done cooking it. So, let us attempt to make this healthy and nutritious apple cinnamon cake recipe and check what it does to our taste buds.

Since cakes are all about flavours, you should use organic cinnamon for this one because it tastes so much better than the regular one. It is also better for your nutritional needs and is completely safe for your family.

This recipe is easy to follow and you should check these details before proceeding:

So, let us get started with this promising apple cinnamon cake recipe.

Apple Cinnamon Cake: What Ingredients Will You Be Needing?

So, here is how you can collect the ingredients mentioned above and bake yourself a yummy apple cinnamon cake. Try to stick to the recipe as much as you can and if you find any ingredients missing, try to use its alternatives in its place.

Apple Cinnamon Cake: Tips To Make The Most Of Your Recipe

Making an apple cinnamon cake is really easy and quick. You can keep the following tips in mind to make sure that your cake turns out to be great.

Conclusion: Is This The Best Apple Cinnamon Cake Ever?

Perhaps there may be other recipes to make an apple cinnamon cake but this one is surely an easy way around your baking instincts and the only one you are going to need if you want to bake a delicious apple cinnamon cake in no time. It makes use of ingredients which are easily stocked up in your kitchen shelves and tastes so good when you bake this cake with organic apples and cinnamon.

Did you know that they are devoid of any chemicals and pesticides during their production process? This makes them completely safe for consumption for you and your family. They are also a source of sustainable livelihood to the farmers who grow them by working hard in the fields.