Want to Learn How to Make Rajma Chawal? Here's an Easy Recipe 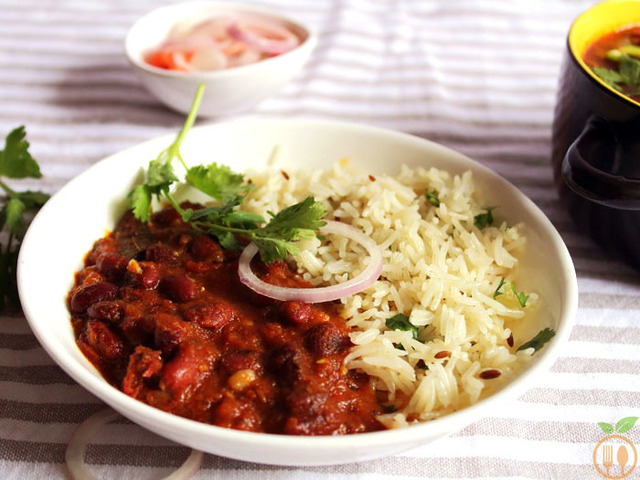 Want to Learn How to Make Rajma Chawal? Here’s an Easy Recipe

Rajma chawal. Every foodie would agree that these two words are synonymous with ‘heaven’. The mere mention of this recipe makes our mouths water. It’s one of the rare recipes that is healthy, has an insatiable flavour and can be prepared easily.

But did you know we have to thank Mexico for the main ingredient in this dish? The red kidney bean was brought to India from Mexico! It then became popular in North India and became the stuff of our dreams. If you are craving for this dish, you are in the right place. Let’s learn how to make rajma chawal.

A quick peek at the nutritional values before we learn how to make rajma chawal.

How to Make Rajma Chawal

3 tbsp oil of your choice or butter

Instructions to Learn How to Make Rajma Chawal

Rinse one cup of rice with water, two-three times.

Add salt, clove and ghee to give it an interesting flavour (optional).

Turn on the heat and cook for 10 minutes.

Turn off the heat and let the rice get cooked by the steam for 5-6 minutes. That’s it. Your rice is ready.

Soak rajma overnight. This reduces the cooking time drastically. Then pressure cook it for about four whistles with salt, turmeric and water.

Grind onions in a paste. Grind tomatoes, ginger, garlic and green chillies in a separate paste using a grinder-mixer.

Heat a deep bottomed pan. Add oil or butter to it. Once the oil is hot enough, add all the spices and masalas and let them crackle. Then add the onion paste. Let it cook for 2-3 minutes. Then add the tomatoes, ginger, garlic, green chillies paste.

Let the mix cook for about 7-8 minutes, until the oil starts to appear on the sides. Now add the rajma and one cup of water.

Mix it well, cover the pan and let it cook for 10 minutes.

Garnish it with ghee and coriander to enhance its flavour.

Your rajma chawal recipe is ready! Teach others how to make rajma chawal with this simple and quick recipe. You can add cream to it at the end if you want it restaurant-style. You can also tweak the rice recipe by crackling cumin seeds in oil and add the cooked rice to it, to make jeera rice.

How Healthy is This Recipe?

Now you are a know it all. You know how to make rajma chawal and about its health benefits. Tell your friends! This rajma recipe home cooking style is a must-try. 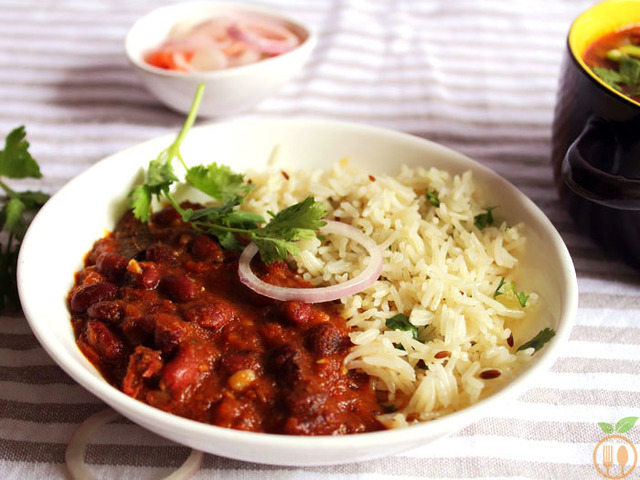 It will be easy to impress your friends and family with your cooking skills, now that you know how to make rajma chawal. You cannot go wrong with it. This dish is really the way to a foodie’s heart. Actors Abhishek Bachchan, Priyanka Chopra and cricketer Virat Kohli absolutely love this recipe too!

At the end of a long day when you are looking for some comfort, or for those ‘hangry’ days when you need to calm down with good food, this rajma chawal recipe is perfect. It will work like magic. Forbes says healthy food has a therapeutic effect. We hope our recipe on how to make rajma chawal helped you and was easy to follow. Save us a plate (or two)?

Try 24 Mantra’s Rajma and Savour its taste of Rajma Chawal.