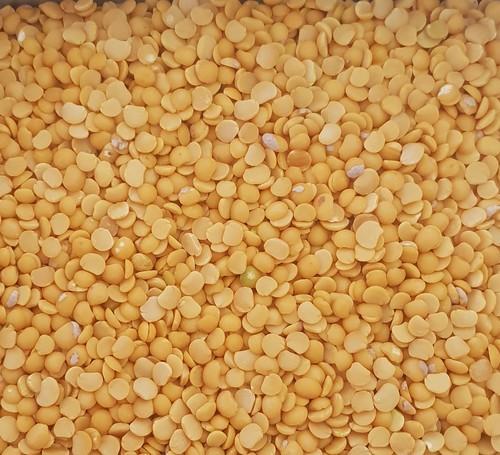 India is globally renowned for its diversity. Be it its culture, traditions, or cuisine – the nation offers an unparalleled variety. The country has shared numerous prestigious gifts with the world, and arhar dal is amidst them.

As per Agropedia, Arhar is the second most-produced pulse in India, accounting for a total of 2-2.3 million tons per year. The number has remained constant for the previous 10 years showing the pulse’s dominance in the market.

Sources like MyFitnessPal shows that the pulse is high in protein and needs minimal activities to digest. Toordal.com shows that including arhar in your diet can cure stomach pain, cough, and gastric issues.

Arhar daal might not seem like the most-intriguing subject, but the pulse has come a long way. You might not believe it, but the first remnants of the pulse date back 5,400 years back. Fascinating, isn’t it? Well, its origin and how it got the name “pigeon peas” is even more interesting.

Here is everything about toor dal you need to know:

The Origin of Arhar

As per The Better India, while researching the Deccan Plateau, archaeologists have found a specimen of arhar dal seeds dating back 5,400 years. The finding suggests that the pulse originated from the Indian continent.

It found its way towards Africa, courtesy to its rich protein source and simplicity. From Africa, the pulse then moved to Europe where it was named Congo Pea.

Arhar is recognised by several names within India, and its wide usage across the globe has earned the pulse numerous names. Here are some of its most common names:

Toor dal is a commonly used term for arhar, especially in the southern region of India.

The term pigeon peas hails from the British era, and the same was given to belittle the Indian food.

Arhar daal is recognised by the name of Pwa Hongo in the Haiti region of the Caribbean.

Congo Bean is a prevalent term for arhar dal in the European region.

Jamaica recognises toor dal by the name of Gungo Peas.

Red Gram is one of the English terms for the arhar daal.

How Healthy is Arhar

Arhar daal is undoubtedly a healthy addition to one’s diet regardless of their motive, and MyFitnessPal attests to it as well. Here is the list of nutritional value you get from consuming 100g Toor dal.

One of the most prevalent reasons behind Arhar’s popularity is how it so simple, yet diverse at the same time. The pulse can be prepared in numerous ways, and here are the most common ones in India:

The name directly translates to “sour lentils”, and its taste also contains a pinch of sourness. Despite the sourness, the dal tastes extremely delicious. The dish’s taste has helped it garner a large consumer-base in the Andhra Pradesh as well.

Here is every ingredient you need:

Enjoy it with plain rice, roti, or even Hyderabadi biryani as you wish.

Gujarati dal is yet another tasty arhar recipe you can try out. The recipe is a perfect balance of sweet and sour if prepared correctly. The sugar might seem like an unexpected addition, but just like its other dishes, Gujarat has managed to pull off the addition of sweetness in an unconventional way. Here are the ingredients you will require:

Punjabi dal tadka is a crowd-pleaser in the majority of the dhabas, and understandably so. The recipe transcends the simplicity of arhar and adds the renowned Punjabi taste to it.

SourceDal tadka is best enjoyed with naan or tandoori roti, and bodes well with a glass of lassi as well. Here are the ingredients to prepare the recipe:

Arhar is among the most commonly consumed pulses in India as it proposes numerous health benefits and is simple to make as well. The dal is widely consumed in the country, and several states have even come up with their specialities.

Khatti dal, Punjabi dal tadka, and Gujarati dal are amidst the most-famous toor dal recipes as they are both delicious and easy-to-make.

Now you know a good deal about arhar, so next time you are about to eat it, take a moment and imagine how far the pulse has come.