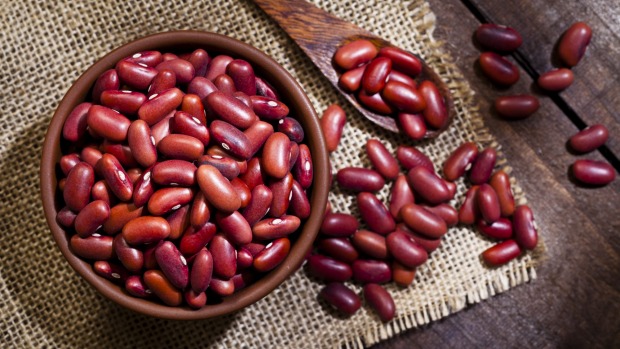 After all, who hasn’t heard of the delicious and filling rajma chawal or the luscious dal makhani? It is the comfort food of North Indians everywhere!

These dishes would be incomplete without the addition of the hearty and nutritious rajma. Unlike other beans, rajma holds its shape all through the entire cooking process. There is an abundant variety like red, white, black, and spotted kidney beans.

It is essential that while preparing rajma, no single bean is undercooked. Rajma, like other beans, contains a toxin called Phytohaemagglutinin. In the whole cooking process, a lot of this toxin is washed away. Even eating a small handful of undercooked rajma could lead to severe stomach ache and diarrhoea.

Rajma is a part of the legume family. Legumes are must-have additions to a meal, especially for vegetarians. Legumes, like rajma, are an important source of plant-based proteins. They contain nutrients like calcium, iron, zinc, and phosphorous too. In comparison to other alternatives, rajma is easily available, not expensive and comes in several varieties.

Benefits of rajma include,

According to Harvard Health Publishing, rajma has a glycemic index of 24, which makes it perfect to be served to people with diabetes. Rajma digests slowly and provides energy to the body for a longer time in comparison to many other food items.

Rajma is full of soluble fibres – these help in controlling the cholesterol levels in the body by reducing the bad cholesterol and increasing the good cholesterol, thereby bringing down the chances of heart disease.

The fibres in rajma are easily digested by the body. Good digestive health is vital to reduce problems caused by constipation and gastric issues. The fibre in rajma is useful in maintaining regularity in bowel movements.

A lot of free radicals enter the body and cause harm due to exposure to cigarette smoke, air pollutants, and other sources. Rajma is rich in minerals and vitamins that prevent damage to the nervous system and body from the harmful free radicals.

Rajma is full of micronutrients that are essential for bone health. It is full of folate, copper, iron, phosphorous, and many other minerals that reduce bone degeneration and make the bones strong.

Rajma is high in anti-oxidants with the presence of manganese. Flavonoids in rajma are essential in combating free radicals that could have a hand in causing different types of cancer.

How Can You Consume Rajma for Weight Loss?

In addition to the splendid health benefits that it provides, rajma is also a huge accessory for weight loss.

But can you eat rajma for weight loss?

The best way to aim for weight loss is by eating healthy food that keeps you full for a longer time. One of the leading causes of obesity can be traced to constant snacking in between meals.

Rajma is rich in proteins and fibres. Rajma for weight loss can be considered as a part of your diet because it is digested slower than other components of a meal. The slow release of energy keeps you full for longer and helps you in curbing constant hunger pangs.

Legumes like rajma are filled with resistant starch, which makes it easy to process for the digestive system. The soluble fibre prevents the occurrence of constipation and its linked issues like bloating and stomach ache. Rajma for weight loss is an excellent way to ingest nutritious food without having to watch what you eat.

One serving of rajma is nutritionally comprised of,

Different Ways to Include Rajma in Your Diet

The procedure to cook rajma is the same for any recipe. Wash and soak the required amount of rajma in water overnight. The next day, pressure cook the beans for at least 10-15 minutes.

Rajma can be cooked with any number of vegetables to serve as a complete meal for weight watchers.

Rajma for weight loss can be used in healthy vegetable patties with other vegetables to serve as a replacement for carbohydrate-rich potatoes.

Rajma can be sprouted like other legumes. Sprouting rajma allows the nutrients to be retained without losing them in the cooking process. However, to prevent gastric issues, it is better to steam the beans before adding them to any salads.

Sprouted rajma for weight loss is crunchy and has a fresh taste that mixes well with onions and tomatoes. A salad comprising of rajma, onions, tomatoes, and nuts with a mild dressing of lemon, honey and salt is a wholesome meal for those who want to eat healthily.

Considering a high protein diet that includes legumes like rajma for weight loss is a tried and tested method for shedding the extra kilos. However, like everything, this diet also has various positive and negative points.

Before making any sudden changes in your routine about food and exercise, consider consulting a qualified nutritionist to guide you in making the right choices.