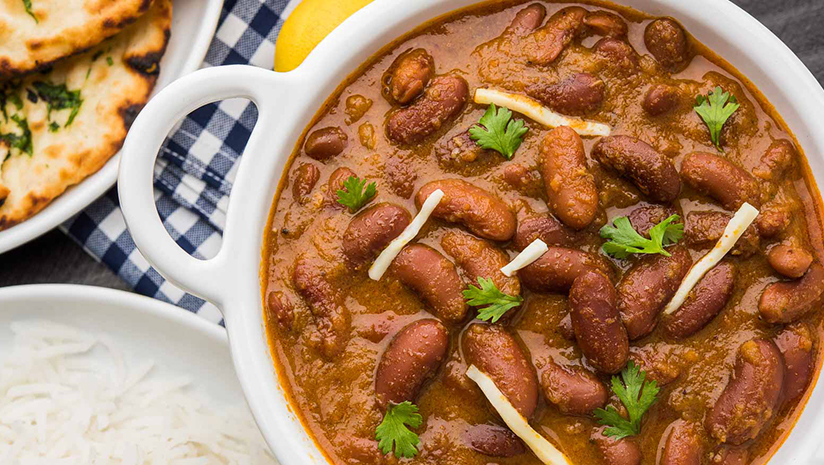 Try This Delicious Rajma Masala Recipe and Thank us Later!

A wholesome, rich and creamy gravy that is revered across the Indian subcontinent, Rajma Masala is also a traditional and staple dish in North Indian households. The primary reason for its almost wide popularity is perhaps due to its distinctive and extremely gratifying taste.

The red kidney beans (rajma) swathed in a mix of heavenly spices and herbs, melt in your mouth when prepared according to this legendary recipe.

This article will take you through how you can make your very own plate of delectable Rajma Masala.

If you’re undecided about the menu for a house party or if you’re wondering about what you could prepare for lunch — Rajma Masala might just be the answer you are looking for.

Not only is the gravy nourishing, nutritional and restorative in its own right, but it is also packed with great flavour and an extraordinary aroma that renders it irresistible to almost everyone.

You must also bear in mind that a Rajma Masala Recipe is incomplete without the chawal (rice) also known as Rajma Chawal. So before you begin, make sure you have some, soft, fluffy rice at hand to complement your meal. Here are the ingredients you would need to get started on your Rajma Masala Recipe.

Ingredients You Would Need

Although it may seem like this Rajma Masala recipe is loaded with ingredients, the process itself is fairly simple. The herbs and spices add zest and flavour, the tomatoes contribute to its tanginess, and it’s all topped off with the right amount of creaminess. Now let’s look at the steps involved in the creation of this delish curry.

Before you start with the cooking, you’ll need to first soak the organic rajma and then pressure cook it. Here are the steps to going about it.

Step 1: Rinse the red kidney beans in water overnight for about 8 to 9 hours
Step 2: Get rid of the water and rinse the rajma once.
Step 3: Pour 4 cups of water in a pressure cooker and the kidney beans.
Step 4: Pressure cook it for about 15 to 20 minutes (in medium flame).

Before you get started with the gravy, make sure you make a paste out of the garlic, ginger and green chillies you set aside earlier for the ingredients.

Step 1: Heat the oil and the butter in a deep pan or a pot. Add the cumin seeds and allow them to splutter.

Step 2: Now add the chopped onions and saute it until they have turned golden-brown.

Step 3: Add in the paste (ginger, garlic and green chillies) and saute the mixture for about 10 seconds on low flame.

Step 4: Now you can add the chopped tomatoes and saute it for about 2 to 3 minutes or until you feel that the tomatoes have become soft.

Step 5: Next, add all the spices to the mixture (the turmeric powder, red chilli powder, coriander powder, asafoetida and garam masala powder). Saute it all for a good few minutes.

Step 6: Strain the red kidney beans from its stock (leave the stock aside) and add the rajma to the mixture.

Step 7: Stir it all for about a minute.

Step 8: Take about two cups of organic rajma stock and pour it into the masala.

Step 9: Add salt according to your preference and stir.

Step 10: Leave the pot or pan on simmer for about 10 to 12 minutes (this is when the masala turns thick and creamy).

Step 11: Once you’ve ensured that the gravy is neither too thick nor too thin, you can pour the cream and the Kasuri methi.

Step 12: Stir and let the curry simmer for about a minute.

As mentioned earlier, you don’t have to feel daunted by the number of ingredients or the steps involved in preparing this authentic, Rajma Masala Recipe. You can be assured that the end result is well worth the wait.